One tip we always give our customers when they want to spend a different day than going to the beach is to visit our beautiful village of Bari Sardo and all the surrounding territory. Bari Sardo is one of the most important centers of Ogliastra, rich in history, archaeological beauty, a beautiful sea and a plateau of volcanic origin all to discover.

The origins of the name

Barì is its ancient name, in fact, “Bari Sardo” dates back to 1862 when Vittorio Emanuele decided to place the adjective “Sardo” next to him, to avoid confusion with the capital of Apulia.
The village dates back to the late Middle Ages, when the center moved about 4 km from the coast to defend itself from the incursions of vandals and Saracens who at that time frequented the waters of the area. Also in the Middle Ages, it became part of the Court of Cagliari, under whose dominion it remained until 1258; later it was annexed to the Court of Gallura and then to the Maritime Republic of Pisa. Only in 1861, after having belonged to the Kingdom of Sardinia since 1324, did it become dependent on the Kingdom of Italy. 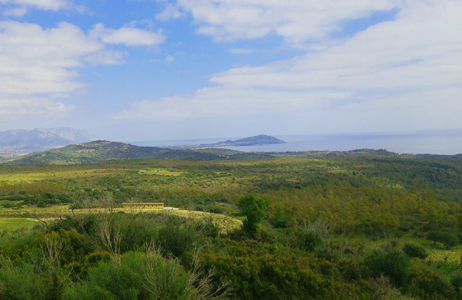 Its territory, rich in the colors and smells of the typical Mediterranean Maquis, remains largely uncontaminated. It overlooks the sea with an impressive coastline characterized by a long sandy beach and dark cliffs of volcanic origin. A territory rich in details that make the landscape interesting and fascinating.
One of the most interesting areas is the Teccu plateau, an area formed by rocky promontories produced by the basaltic eruption of an ancient volcano, which lies right on the plateau. Teccu dominates the sea with Punta Niedda and Punta Su Mastixi and the rocky coast rests on this incredible plateau covered with lush Mediterranean vegetation. The plateau dates back to the Pleistocene and originated after an eruption of lava that reached the sea giving the rocks the typical dark volcanic color. 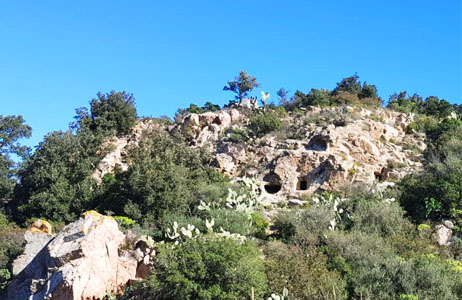 The whole area surrounding Bari Sardo is rich in history. The territory has a rich archaeological heritage dating back to the pre-nuraghic and nuraghic periods.
The numerous Domus de Janas and the Nuraghi present throughout the territory bear witness to this. Some of these archaeological sites are now easily accessible as the nuraghe Sellersu which is located on the plain of Teccu or the Domus de Janas of Pizzu’e Monti on the plateau of Su Crastu. 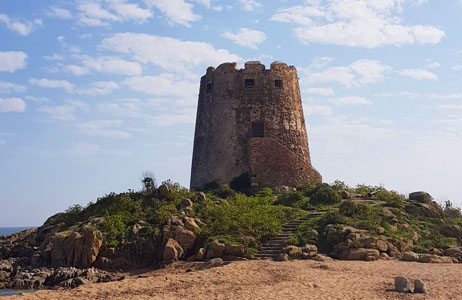 Very interesting is also the Tower of Bari or Aragonese Tower. This construction, which characterizes the entire coastal area, was built in 1572 to defend the territory from continuous looting by Saracen pirates. It stands on a promontory that divides the beach into two parts: the sea of men (north) and the sea of women (south). The tower has a view of 15 km extending from Cape Bellavista to Cape Sferracavallo. 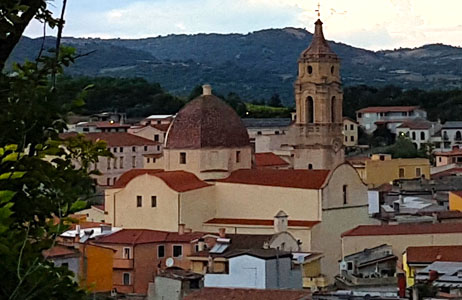 Bari Sardo also has another treasure: the Churches.
The Parish Church of the Most Holy Virgin of Monserrato, rich in precious marbles, is one of the most beautiful in the region. Built in the 17th century, it has a single nave, with a transept and three chapels on each side. Exterior simple, octagonal dome and bell tower of 35 meters high decorated in baroque style.
Also of interest are the 16th century Church of San Leonardo, recently restored and of simple beauty; the Church of Santa Cecilia, a small rural church, and the Church of San Giovanni in Sa Marina, where the Feast of San Giovanni is celebrated at the end of July. 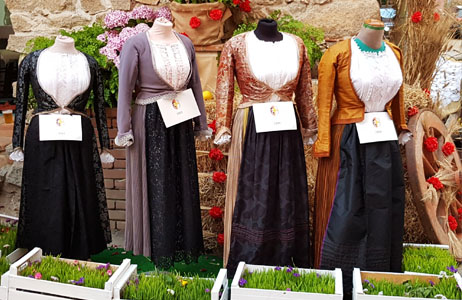 Bari Sardo is a city rich in ancient traditions, during the year there are in fact numerous anniversaries involving the whole community.
It begins in January with St. Anthony Abbot, in February the Carnival, on Good Friday with the majestic and picturesque Via Crucis that gives life to the representation of the Passion of Christ. In June, the city is the protagonist of one of the stages of spring in the heart of Sardinia. An event that involves many people between good food, culture, and ancient traditions. 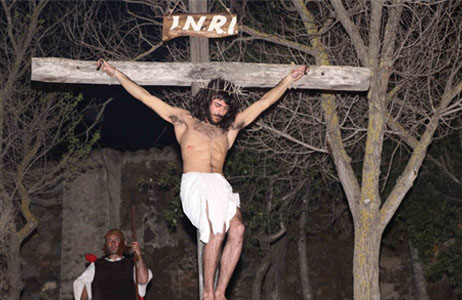 On the second Sunday in July, in La Torre, during the cult of St. John the Baptist, the feast of Su Nenniri is celebrated. A festival of ancient origin in which pots are prepared with wheat sprouts (su nenniri) which, accompanied by magnificent crosses of oat straw, adorned with flakes, are carried in procession and thrown into the sea at the foot of the Spanish Tower for propitiatory purposes.
In September the town’s patron saint (the Most Holy Virgin of Monserrato) and saints Michael and Jerome are celebrated. 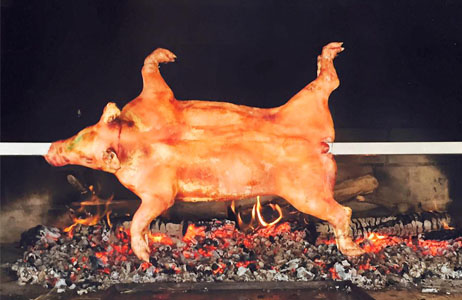 Those who spend a holiday in Bari Sardo cannot leave without tasting the gastronomic and wine products offered by the territory. Products of the highest quality and fruit of an ancient tradition. Our advice is to taste the Culurgionis, Sa coccoi prena, sa coccoi and corcoriga or cibudda. Typical kinds of bread such as pistoccu, moddizzosu, and pani pintau are also delicious. Excellent also the meat of sheep or roast pork. Don’t forget to try desserts such as paniscedda, amarettus, gattou and pabassinas.
You can also drink an excellent Cannonau wine and taste a good glass of Abba Ardente (Filu Ferru), the local brandy, to finish off with a lunch or dinner of great beauty and rich in the flavors of our land.