If at night, while you sleep, you hear someone calling you three times, don’t be scared, the Janas have chosen you. They will take you to see the treasures they preserve, and if you’re honest and won’t try to steal anything, you will always be rewarded…

The Janas are fantastic beings, small magical women who live in small caves called “Domus de Janas” or “Case delle Fate“, located on the ridges of the Sardinian highlands.

People say that these little women are beautiful, that they have a very delicate skin and long fingernails able to dig into the rock. Some call them fairies, some call them witches, in some countries they’re good, in others they’re spiteful and bad with those who want to cheat on them. 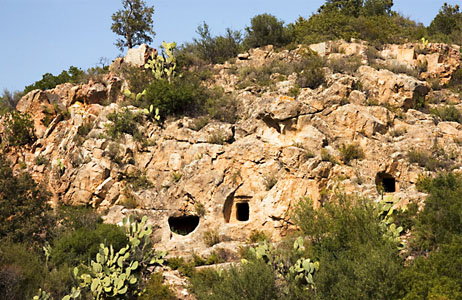 The one just told is one of the legends of the Sardinian folk tradition, that combines history and magic. Nobody knows if these fairies really exist, but the Domus de Janas yes, are very beautiful and tell the story of a Prenuragic Sardinia.

If you’re on tour around Sardinia, look around, every hill can hide one or more of these enchanted houses, maybe behind a bush or under a large stone; look calmly and without prejudices, and you’ll surely find them. 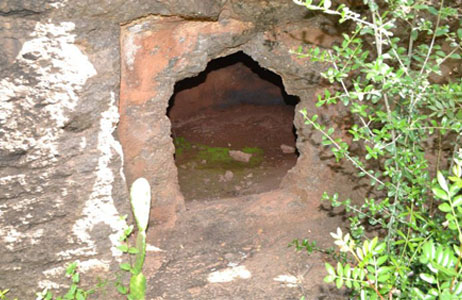 During archaeological excavations, it was believed that these sites were inhabited by tiny beings, just as fairies, because these small buildings in the rock were so difficult to access that they seemed destined to be home to fantastic beings.

The Domus de Janas are thousands all over the island, some are in good condition and others are yet to be discovered. In Ogliastra, and in particular in Bari Sardo, you can spend beautiful days to discover these wonderful archaeological works scattered throughout the territory: in Pirarba, Funtana on Rector, Ibba Manna, Gib’e Scorca, Pizz’e Monti.

These are small caves dug in the ground or in the rocks, often grouped into complexes consisting of one or more rooms, which were used as collective tombs. Tombs that could accommodate different bodies, placed in the fetal position next to the assets that were believed to be necessary for the afterlife journey. The walls were often decorated with carvings in the rock or ocher paintings depicting geometric patterns or gods as the Bull God and the Mother Goddess, a cult object in the Neolithic age. The burial in a processed and refined place like Domus de Janas was a privilege and represented the social and cultural importance that was wanted to continue beyond life itself. 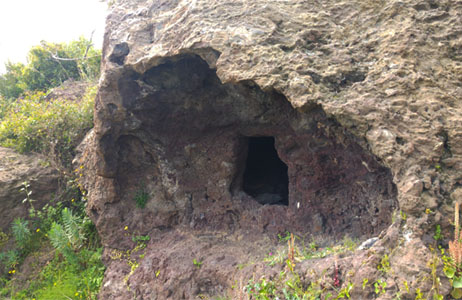 The Domus de Janas show that Sardinia has a wonderful story to tell and visit them will be an opportunity to discover that side of the Island less known but unusual and extraordinary.

So, don’t forget to leave space for a tour of the archaeological beauties of Ogliastra during your holiday at La Pineta Campsite. You’ll discover not only Domus de Janas, but also Nuraghi, Tombs of the Giants, Menhir, in short, a real historical heritage, one of the most interesting in Sardinia.

You’ll take home the memory of a trip among sea, nature, history and maybe even magic . What’s better?