Ogliastra is a magical place! Bathed by a crystal-clear sea and surrounded by enchanting and unique beaches, it’s considered the island on the island, with an uncontaminated coastline that stretches for 87 km.
A very varied coast composed of sandy beaches, pebbles or grains similar to rice. Enchanting coves, more or less hidden and accessible, reachable by land or by sea make Ogliastra a paradise to be discovered.
Every beach has its character and a story to tell. Being considered heavenly, they leave you breathless from the first meeting. A difficult meeting to forget!

Making a ranking on which is the most beautiful beach isn’t easy. They’re all fantastic! But you know, the holidays can’t last many days and to visit them all is impossible. So, we’ll try to recommend you some of the beaches that we think deserve to be visited during your holiday in Ogliastra.. 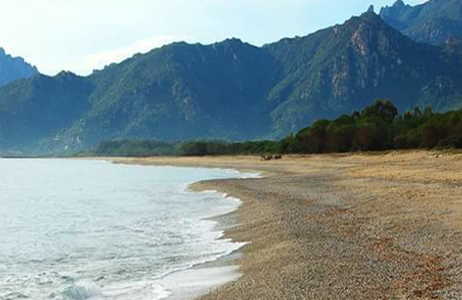 A beach that you can visit immediately, just arrived at Camping La Pineta, is the Planargia Beach. It’s only 400 meters far from the Camping and can be reached in a few minutes with a pleasant walk along a shaded path, that we take care of and that’s only walkable. The beach stretches for several kilometres, is very wide and uncrowded even in high season.
The state of cleanliness is excellent, and the sea guarantees clear waters.
The seabed is medium/high, while the beach alternates stretch of beautiful sand with pebbles.

Continuing towards the north, still in the municipality of Bari Sardo, we come across another fabulous beach: the Torre di Barì beach. About 8 km long and about a hundred meters wide, it’s divided into two by a promontory on which stands a 16th-century Spanish tower. The southern part of the Tower has a coastline composed of fine sand mixed with pebbles, while the northern part is formed of coarse-grained sand in ocher.
Even in this stretch of sea, the water is very clear, of an intense blue, and its bottom is medium/high.

Bring your dog too? Discover the Bau Beach right next to Camping La Pineta.

If you come on holiday with your dog, remember that you can bring your four-legged friend only to authorised beaches. In Bari Sardo, there are two Bau Beaches.
The nearest Bau Beach to Camping La Pineta is located on a stretch of the beach of Planargia. It’s about 1.6 km from the campsite and can be reached by car in 5 minutes and on foot in about 15/20 minutes.
Another stretch of beach where dogs can be taken, still in the municipality of Bari Sardo, is located in the Fico, in Torre di Barì, 2.8 km from the Camping. This beach is an 8-minute drive and about a 30-minute walk.

Continuing towards the south, towards Cagliari, you can visit other beautiful beaches including Su Sirboni Beach and Coccorocci Beach. Both in the marina of Gairo, they’re particular and different beaches, but both beautiful. 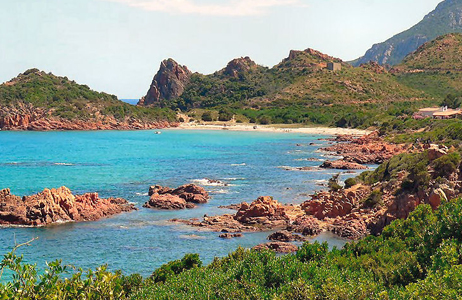 Su Sirboni is a little gem. Its name, which means “the wild boar”, immediately describes its wild dimension. A beach of light, slightly amber sand, set between rocks of red porphyry and bathed in crystal clear water. Accessible from a path that requires a walk of a few minutes, including junipers, myrtle and cistus, it remains hidden and quiet among the surrounding vegetation. 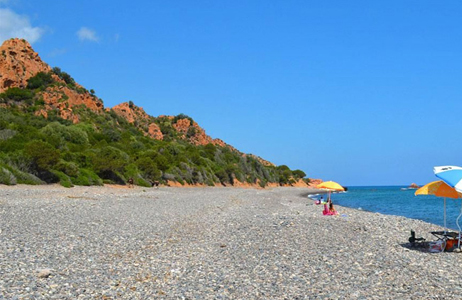 Coccorrocci is instead a beach made up entirely of pebbles, in particular from porphyritic rocks, round, smooth and shiny that combine with the bright blue of its sea.
About 4 km long and with an initially shallow seabed, it owes its name to the “coccoroccius”, the sea snails that live among its pebbles. In fact, the beach is the perfect habitat for these molluscs. It’s located at the base of the Monti Ferru, which with its dense forest colours the landscape around it. 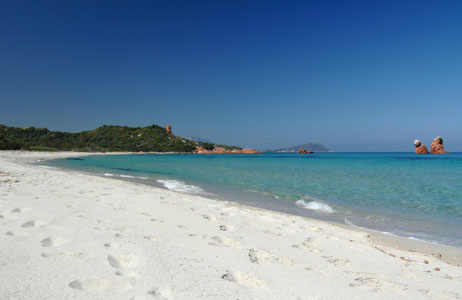 Moving northwards, if you love beaches with shallow water, Cea is the ideal place. From Camping La Pineta you can reach the bay by travelling about 7.8 km by car (about 18 minutes) through a series of hairpin bends that go up the Teccu plateau.
The beach is characterised by its white sand, but mainly by its red porphyry stacks called “Is Scoglius Arrubius”. About 20 meters high, they’re located in the central part of the beach about 300 meters from the shore. With its fine sand, Cea is the ideal beach for relaxing walks on the beach. There are also bathing establishments on the beach, which offer umbrella and sun lounger hire. 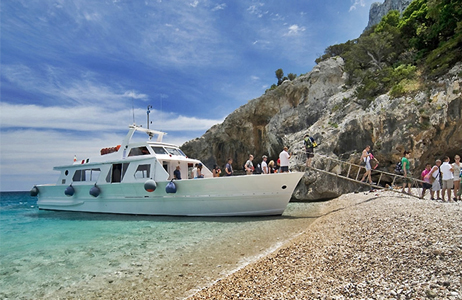 For those who love boat trips, don’t miss a visit to the Coves of the coast of Baunei. An extraordinary adventure, discovering one of the most fascinating and unspoiled beaches of Sardinia.
It starts in the morning from the tourist port of Arbatax, with various destinations depending on the chosen line. You can visit and admire the Isolotto d’Ogliastra, Pedralonga, Cala Scirocco, Cala Tramontana, the Grotta della Contessa, the Lovers’ Beach, Cala dei Gabbiani, Cala Mariolu, the Grotta del Fico, Cala Biriola, Cala Sisine and Cala Luna. Each line has its path, and you can choose to stay in one cove and enjoy it entirely, or visit them all. 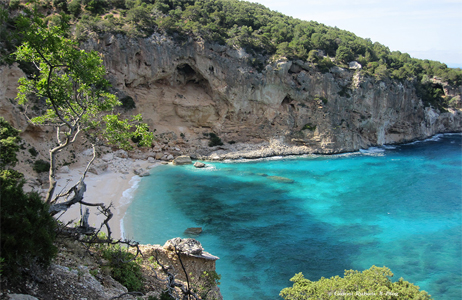 During the tour, you can admire a breathtaking landscape and several natural monuments such as Isolotto d’Ogliastra, a small archipelago composed of porphyry granite rocks. Pedralonga, a long and sharp rock that rises from the sea to reach the altitude of 128 meters. The Goloritzé peak spire, a rock arch stretched out towards the sea, which since 1995 is a UNESCO World Heritage along with its marvellous “Cala Goloritzé”.
But also the characteristic cliffs that rise along the path, of granite of various colours and white limestone.
All the Cale are beautiful. You will find water that goes from blue to emerald green, and small white pebbles like snowflakes. In short, a real paradise! 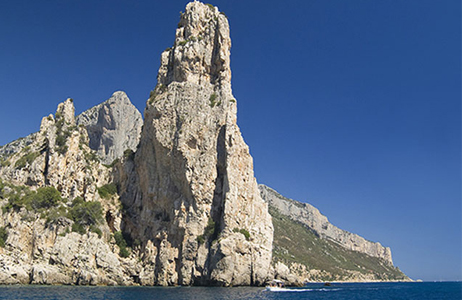 Now it’s up to you to decide which beach to visit. Naturally, those indicated are just some of the beautiful Ogliastra beaches. You can also visit others. For this, if you need any information, don’t forget to go to the reception, our staff will be ready to give you all the information you need. Have a nice holiday!